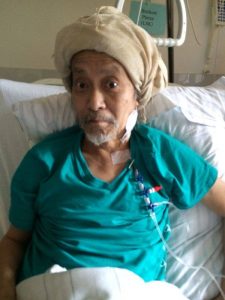 „Since 2014 director Michelle Heighway has been working on a feature film focusing on the life and career of former Can lead vocalist Damo Suzuki.
The film, called Energy, follows Suzuki as he confronts colon cancer and tries to continue to perform live with all of his shows now made up entirely of compositions improvised there and then.

Energy looks over Suzuki’s past career, as well as the present and future of his creative streak. It also offers a poignant look into Suzuki’s cancer treatment as he is cared for by his partner Elke Morsbach.

“The documentary is a wonderful story of hope,” says director Michelle Heighway. “It’s a personal portrait of the life and times of a nomad, poet and enigmatic singer on an incredible journey.”

Energy is now crowdfunding over on Indiegogo in order to raise money for its completion, with a planned release date of December next year.“

I didn’t see Holger for many years, we didn’t have relationship, so I didn’t know what he was actually doing.
Last time I heard about him was that he didn’t appear at Jaki’s funeral early this year , after while I heard Holger was sick that time. (Unfortunately, myself was also in hospital, not able to join Jaki’s funeral.) Even I didn’t know his wife U-she died a month before him.

If you’re at Network performance, creating time and space of the moment with ever changing local sound carriers and you’re into it and enjoy that energy and you keep smile. I say, if I didn’t meet Holger on that beautiful spring day in Munich 1970, I’m not able to bring you this experience of joy and share energy with you.
Holger is the person open my door to music activity. So, you know, everything begun on that day, Holger Czukay invited me to sing. (I still don’t know what moved him to stand up and come to me and asked if I can sing with Can on that day).

Holger is next to my mother, who gave me my life.
Holger gave me way to music life. If I didn’t meet him that day at that time and that place, I may became a politician, a comic painter or just I’m somewhere else.

Holger was workaholic.
He was first one to enter Inner Space Studio and last person to leave day after day. He was into wire, equipment and electric substance, eating sweet bread and drinking coffee, seemed to be no interest to get any other food, my picture in my brain is Holger in that form.
Sometimes he watched us (Irmin and me) during chess match looks very angry while he had problem with equipment. We’re concentrating next move. He was working if he doesn’t, he say some wits (near to philosophy) that often nobody’s able to understand.
Very first day, I was quite surprised from him was playing bass with white groove. I thought of Mickey Mouse, has four fingers, therefore he is bassist?
One day at beginning with Can, he came to me, I was enjoying Kölsch (domestic beer from Cologne) in local pub Plenum (A kind of institution, a pub early 70’s where Cologne artists and bands meet.)
He came with smiles on his face,
“Hey Damo, listen to this, it’s good British band!”
I took earphone and listen to it. British band?
“yeah, it’s not so bad….who is it?”
“It’s you..it’s our piece!”
It was “Mother Sky” on his face I found proud.

He was one, I guess in 90’s, somewhere on the street of Cologne I met him, he was saying “Can is the best band and there will be no band like us…also not in future….)
In fact as he was a hard worker, he was mostly with the band, take care about equipment, lay cables, even drove bus when we didn’t have roadies. Then, at Inner Space, preparations, recording, editing…..
He was action in person.

On that day in Munich he gave me “Monster Movies” and “Canaxis”
I liked both as at that time for me both were new, “something”. In “Boat-Woman-Song” I found fresh air and knew there’re many way to make music.
Holger was indeed a pioneer for sampling, electric, house music, techno, etc… He was doing all these very long time ever since even they didn’t have name.

Holger left us at age of 79.
U-she is beside him and Jaki’s grave is just few meter distance.

He was Inner Space, he choice his last moment in Inner Space.
It may right place…..space of creativity. 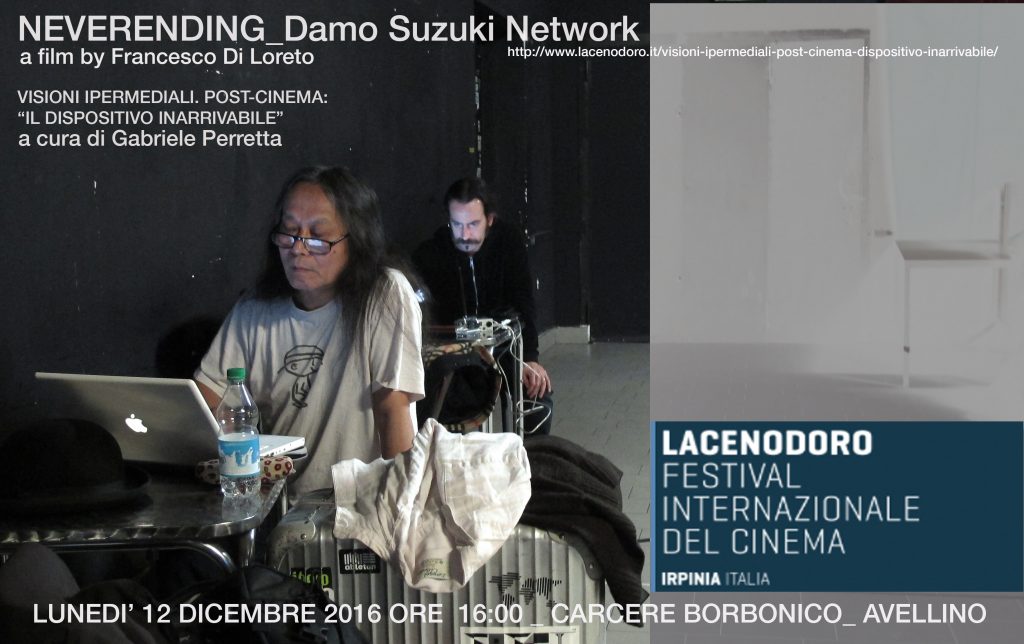 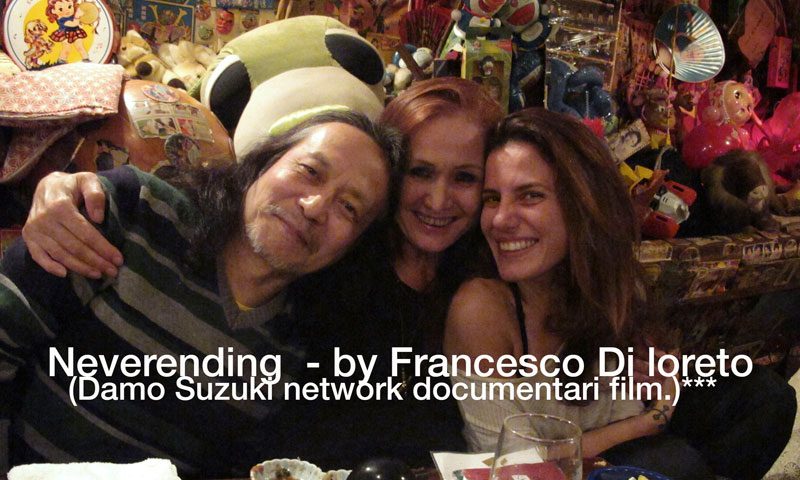 This is the part of 13th Sound Track Film Festival.

If you have time and fun visit there. I’ll be there too. 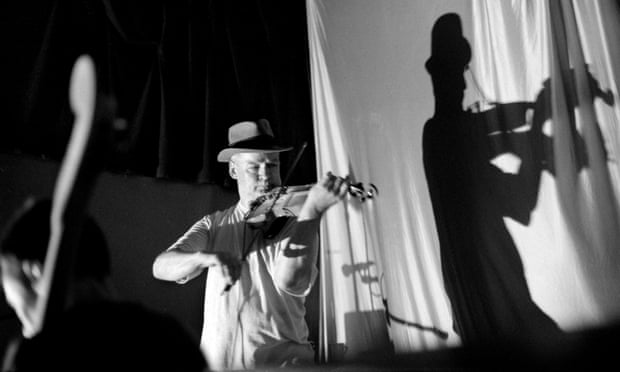 A couple of years, I didn’t perform in NYC, I met friends again, a night before I performed in Monkey Town, Brooklyn.

October 29 2007 was fantastic day. Seems to be I had one of most fantastic concert with members of Akron Family, Oneida and some other sound carriers. I don’t know who arranged “special guest” this fantastic artist Tony Conrad, honestly he made my day. I knew his name from my former girlfriend, she was good friend of Tony. I met Tony for first time and also this was last time. But, what he left me is enormous energy. The show was well visited when Tony open the event, mainly young filled audience sat on floor and really into music Tony created from very first tune, endless violin with a lots of energy which shakes whole universe. I was astonished also I was so happy to hear his act from upstairs of lovely Knitting Factory. For me it was enough to hear into Tony’s energy for 20 minutes, I wasn’t board, just so happy to experience his universe and happy to be within it, was endless wide, deep what I can say it was compact universe, more than music, it was energy pure which never let audience leave, it just fasten audience there, no chance to get anywhere.

Still, I left 20 minutes and went to dressing room, for such amazing act even no body was hanging around in backstage or anywhere else, all ears are at Tony’s incredible violin universe. I opened a bottle of Whisky that my friend gave me as a-well-come-back-in-NYC gift. You know I was more than good feeling from music comes from downstairs. I was alone in backstage room, but I felt not alone the music was caught me hug my body, I drink whisky as if I’m drinking water, Then I after I almost couldn’t remember anything, even I thought I didn’t went on stage, even I didn’t made concert. It took 2,3 days that I was sure I had concert with excellent sound carriers from NYC when I found mails in my mail box saying, “it was an amazing concert….” And many compliment. Then I felt good I was sure I’ve done show. Nobody was telling me I was too much drunken or similar words for embarrassing

It was really strange day that Tony opened the event. There is some happening you never forget in your life, occasionally it turns back. This day was one of such day. I met an amazing “universe” artist named Tony Conrad. It was very magical night. This universal artist left us on April 9th 2016. But, this day I met Tony and experienced his universe will stay in my memory forever. We lost true “universal” artist. 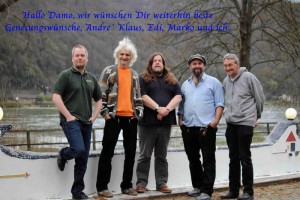 I wanted to put down condolence at Möterhead website. But, then I have to go to social media that I avoid. I use this space give condense to Lemmy.

I know Lemmy when he was with Hawkwind sung „Silver Machine“ when I was in London, we hang around together.
He was „a speed freak“
Last time I saw him was end of 70’s, he contacted us (I and my former wife) invited us for Möterhead concert at Philips Halle, Düsseldorf where I lived that period when I had no contact to music. He proudly showed me his airplane that he arranged for his stage attraction. Music was loud, the hall was shaking……
I was informed he is ill for long time.
70 is not old that one have to leave.
He is in many people’s memory.
I had very short time of his life in contact. 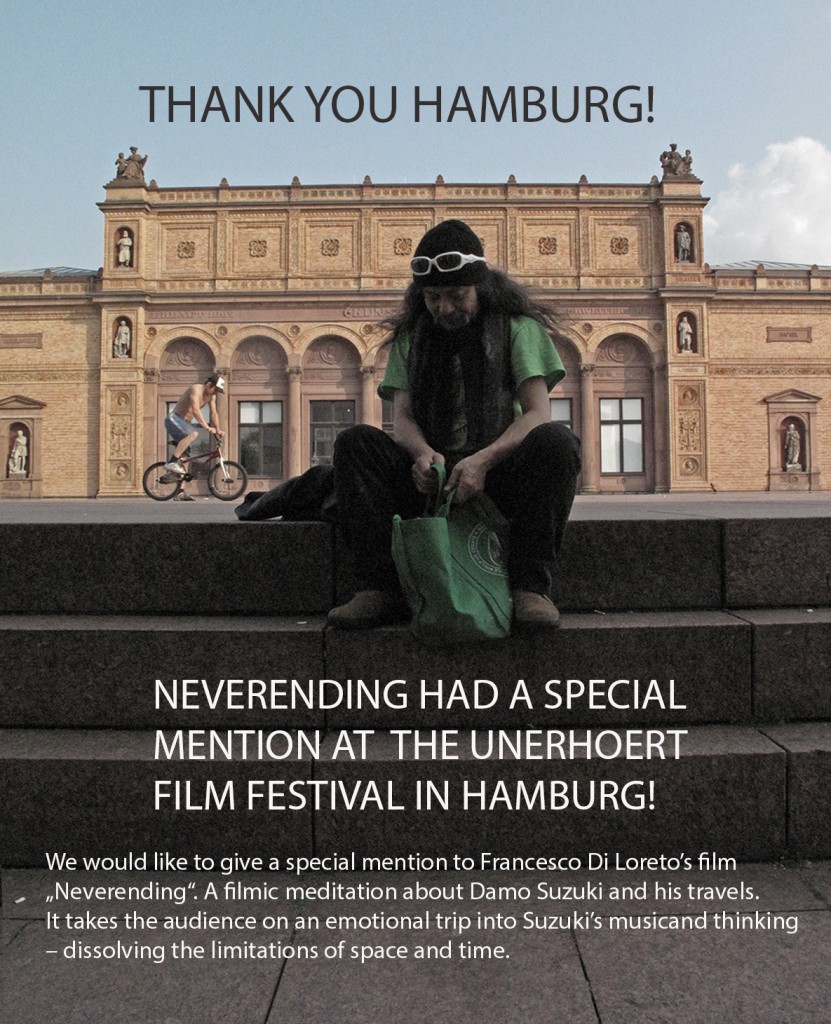