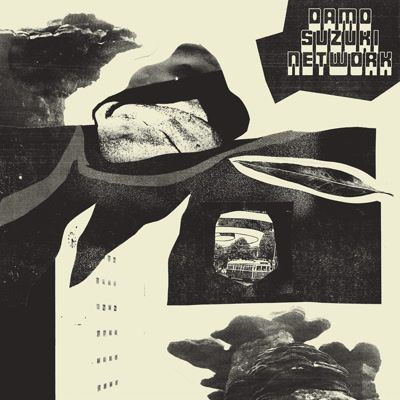 For the 10 years between 2002 and 2012, cosmic nomad Damo Suzuki made annual trips to Australia, zigzagging across the country to perform improvised set with constant rotation of unacquainted sound carriers. While most of these limitless jams only existed in a passing flash, one special document exists – The Swiftsure Session.

Recorded deep in the Melbourne suburbs at Corduroy Records in 2004, these 48 minutes of free energy were cut direct to vinyl in real time. No overdubs or editing. Nothing but live tension. Duelling guitarists Emil Sarlija and Oren Ambarchi (later of hysterical prog group Superstupid) wandered blindly to a rhythm section anchored by Angie March’s Davey Williams and Edmond Ammendola, while Damo exercised his voice as an instrument, often indecipherable, inviting listener to create their own stories. In this room, every sound carrier is equal, opting out of any cues or direction. The only direction is UP!

Damo’s spirit comes with one consideration – audience members must be present as playing to cold studio machines restricts the communication. To bridge a feedback loop, 20-30 friends and fans banded around shared space.
Engineer Harry Williamson, who has his own psychedelic history as a member of Nik Turner’s Spynx and Mother Gong, manned the controls, ready to flip the acetate.

Rushed to press to beat the plant’s imminent closure, the original short run of the Swiftsure Session stretched 2LPs with a clank side. Here it is boiled down to a single disc, maximising the listening experience.